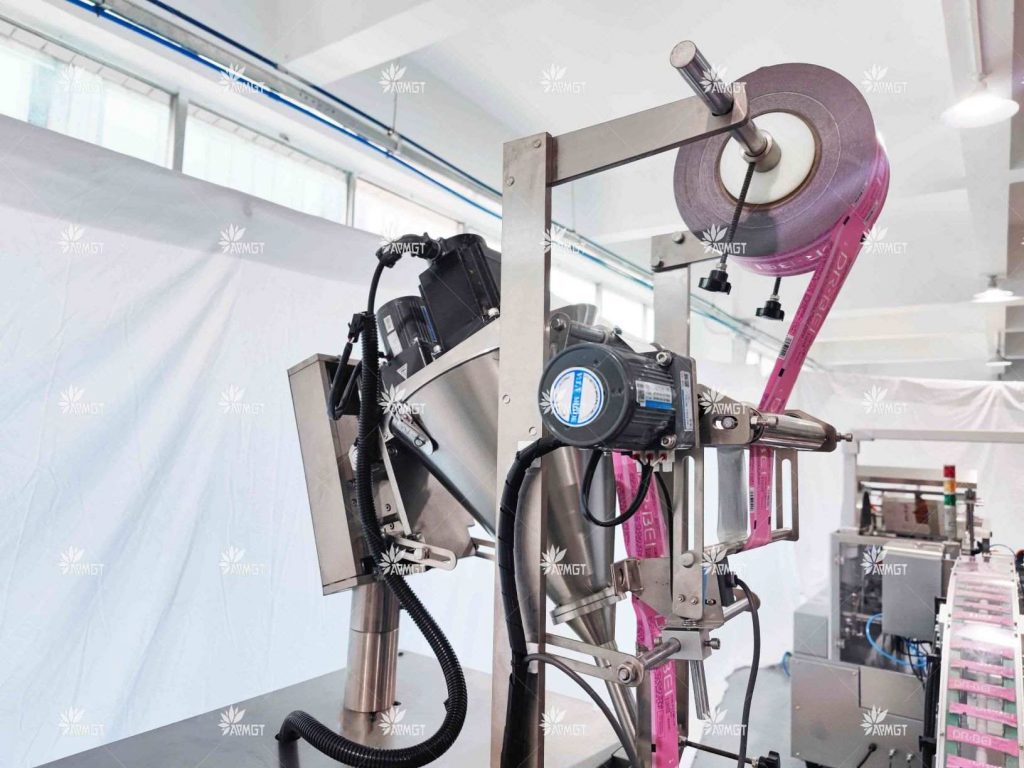 Follow the steps below to install the roll film pull easily!

1. Take the frame film shaft off the GH240 small packaging machine and put it on the table;

3. Return the roll film to the frame film mechanism of the pouch packaging machine;

If after installing the roll film, it is found that there is a problem with the sealing of the bag. It is necessary to adjust the sealing and cutting knives and other components. How to adjust it? Welcome to pay attention to the technical tips column of All-bloom Packaging Machinery, and we will teach you in the next issue. You can also contact our staff for consultation. As a professional packaging equipment manufacturer with many years of experience in making packaging machines, All-bloom packaging Machinery is always at your service.

Guangzhou All-bloom Intelligent Equipment Co.,Ltd is a manufacturer and supplier specializing in the design, development, manufacture, sales and service of vertical packaging machinery.

Whether you have a problem with our products, services or other things, you can ask us, our team is waiting for you!